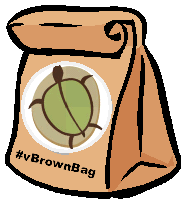 At the end of 2012 I have been approached by +Gregg Robertson, who runs the EMEA section of +vBrownBag to present a session in their current series of webcasts.

For those who do not know yet, +vBrownBag is an initiative that came out as a spin-off of +Cody Bunch‘s professionalvmware.com website.

The basic idea was to gather virtualization professionals and have them present sessions on different topics, mainly (but not strictly) related to VMware Certifications, in a genuine community-sharing spirit.

The webcasts initially were aimed at a North American audience and hosted by vRockstars like +Kendrick Coleman, +Scott Lowe, +David Davis, +Duncan Epping, +Frank Denneman and +Wade Holmes, just to name a few.

Then the “franchise” expanded to APAC (run by +Alastair Cooke), EMEA (run by +Gregg Robertson  and +Arjan Timmerman) and very recently to LATAM (taken care by +Kyle Murley).

You can imagine my surprise when I was contacted by Gregg and asked to grab a slot in one of the forthcoming European episodes! My first reaction was: “Why me? They must have mistaken me for someone else…”. Then I quickly realized there was nothing I should have been worried about and accepted with enthusiasm! I am currently studying for the VCP-IaaS certification, put together a Home Lab to learn and decided to take a chance and discuss one objective on vBrownBag.

So, be sure to tune into the vBrownBag channel next Tuesday, March 12th and I will show you what I have learned about VCP-IaaS Objective 5: Configure And Administer vCloud Organizations.

The idea is to keep the slide deck to an embarassing minimum and show you things by actually doing them in my lab. Let’s create together the vBrownBag vCD Organization and play with it!

In order to be able to attend the webcast, register for it here:

This site uses Akismet to reduce spam. Learn how your comment data is processed.